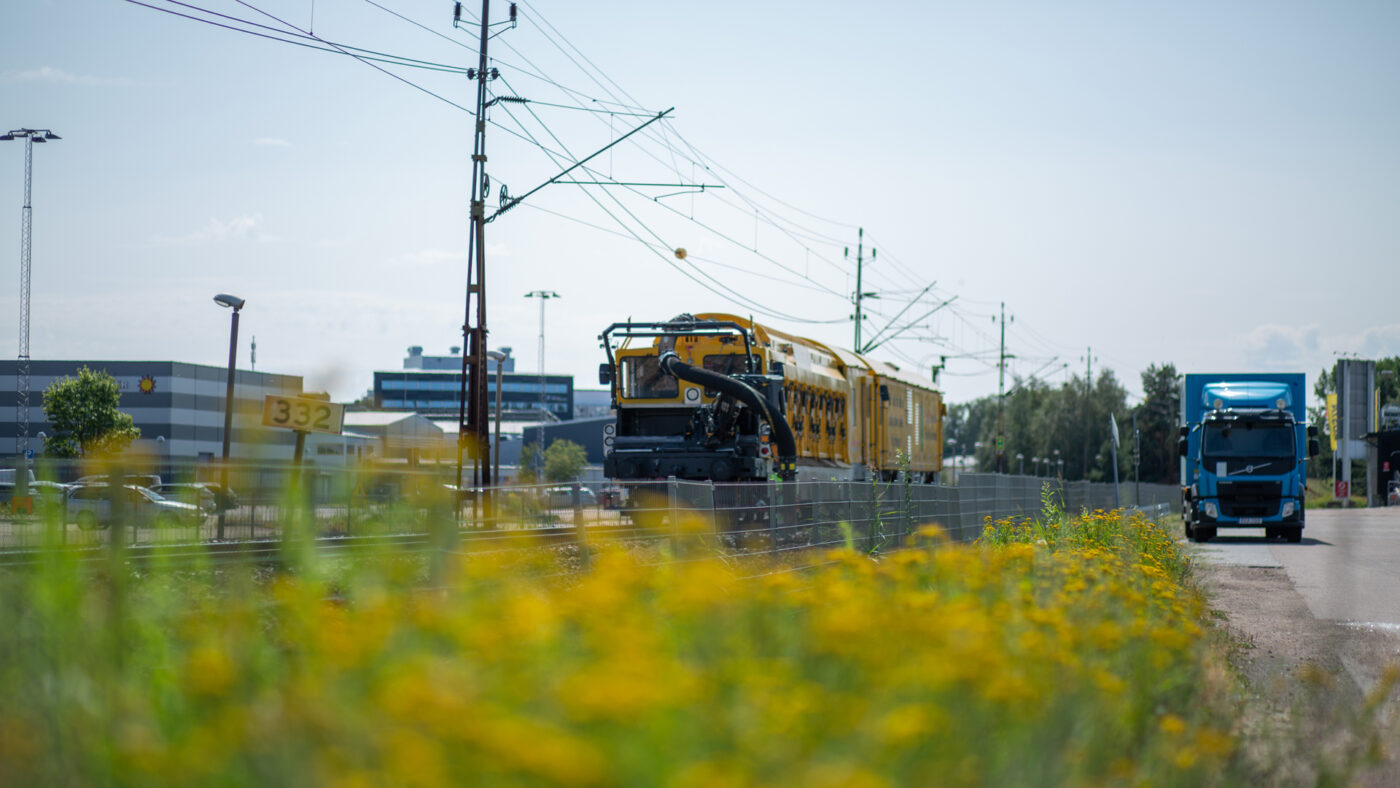 In a sunny Karlstad, the first project with Railcare’s MPV, the world’s largest battery-powered maintenance machine for railways, started on July 21st.

For four weeks, Railcare is working with cable handling along the Karlstad – Skare railway line. Railcare’s operators are on site together with two machines, one of which is the battery-powered MPV that had a world premiere for the public in October. The MPV is developed by Railcare in collaboration with Northvolt, Epiroc and ABB.

– It feels fantastic that our MPV is now out on the track and doing real good. With full production capacity, just like our expectations. Battery operation provides both lower noise levels, better working environment conditions and less environmental impact, says Daniel Öholm, CEO of Railcare Group.

In this initial project, the MPV has been equipped with a Railvac MC that performs cable handling along the railway track with vacuum technology.

– On the first day of the project, cable handling of about 200 meters were made in city center of Karlstad. Now the work continues for a couple of weeks, so it feels good that the MPV is now up and running, Daniel concludes.