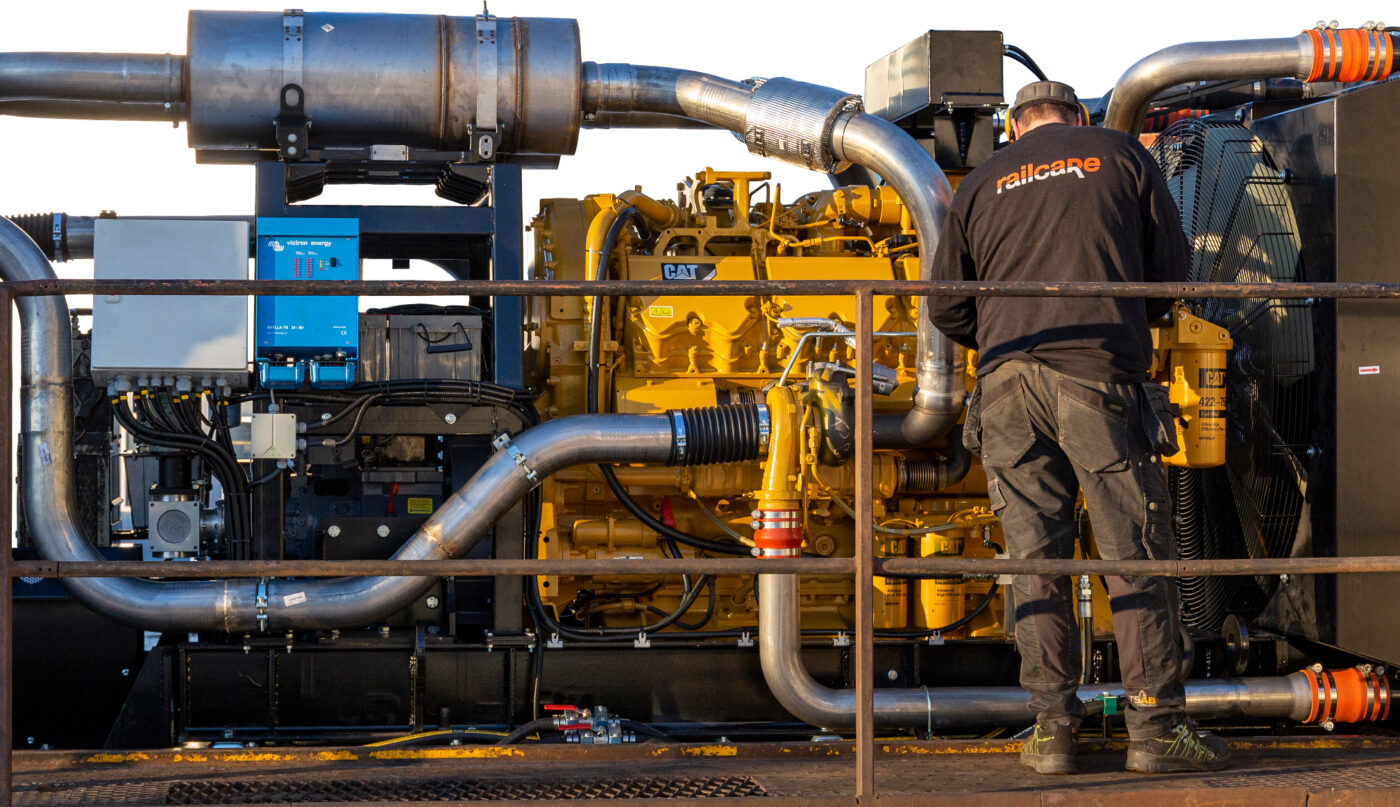 The reason why many diesel locomotives cannot be electrified today is that they are largely used for railway maintenance or within switches where access to charging and electrification is reduced. The engine conversion that Railcare Lokverkstad in Långsele specialises in meets the requirements for reduced emissions and extends the service life of diesel locomotives.

Our own calculations shows that an engine conversion reduces emissions by about 40 percent, so it makes a big difference for the environment, says Patrik Söderholm, Operations Manager at Railcare Lokverkstad.

In 2020, Railcare upgraded two diesel locomotives of the type T44. Both received new cleaner diesel engines and are now used daily in Railcare’s projects for Kaunis Iron in Kiruna and Narvik.

Converting an old diesel engine to a new one has some challenges. To achieve advantageously higher torque, a gearbox is installed between the engine and the generator which lowers the speed to the original engine speed. Patrik Söderholm, Operations Manager at Railcare Lokverkstad explains:

Maintaining the previous speed brings several benefits. Among other things, the locomotive’s driving positions and the T44 locomotive’s already proven steering and control technology are maintained. This means that the locomotive’s new modern diesel engine behaves in exactly the same way in terms of connection and downshift, slip, and driving style, which we view very positively.

In addition to the new diesel engine and gearbox, the conversion also consists of several other improvements and components.

A new PTO shaft has been added between the generator and gearbox, and a dimensioned bearing holder has been added to the existing main generator. This is because the previous storage disappeared in connection with the old diesel engine being removed.

The first two engine conversions have also had a good test period with the daily transports to Kiruna and Narvik.

We now have approximately three thousand hours of experience and everyone is very satisfied. The capacity of the converted locomotives is really good and changing an entire ore train with about 3500 tons is no problem. We are particularly positive that emissions are being reduced by almost 80,000 kilos CO2e. The two engine conversions have reduced consumption by an average of 30,000 liters of diesel and 1,500 liters of engine oil per year, concludes Patrik Söderholm.

This is an updated article from the 2021 Railcarenews.
To read the magazine in its entirety, click here >>