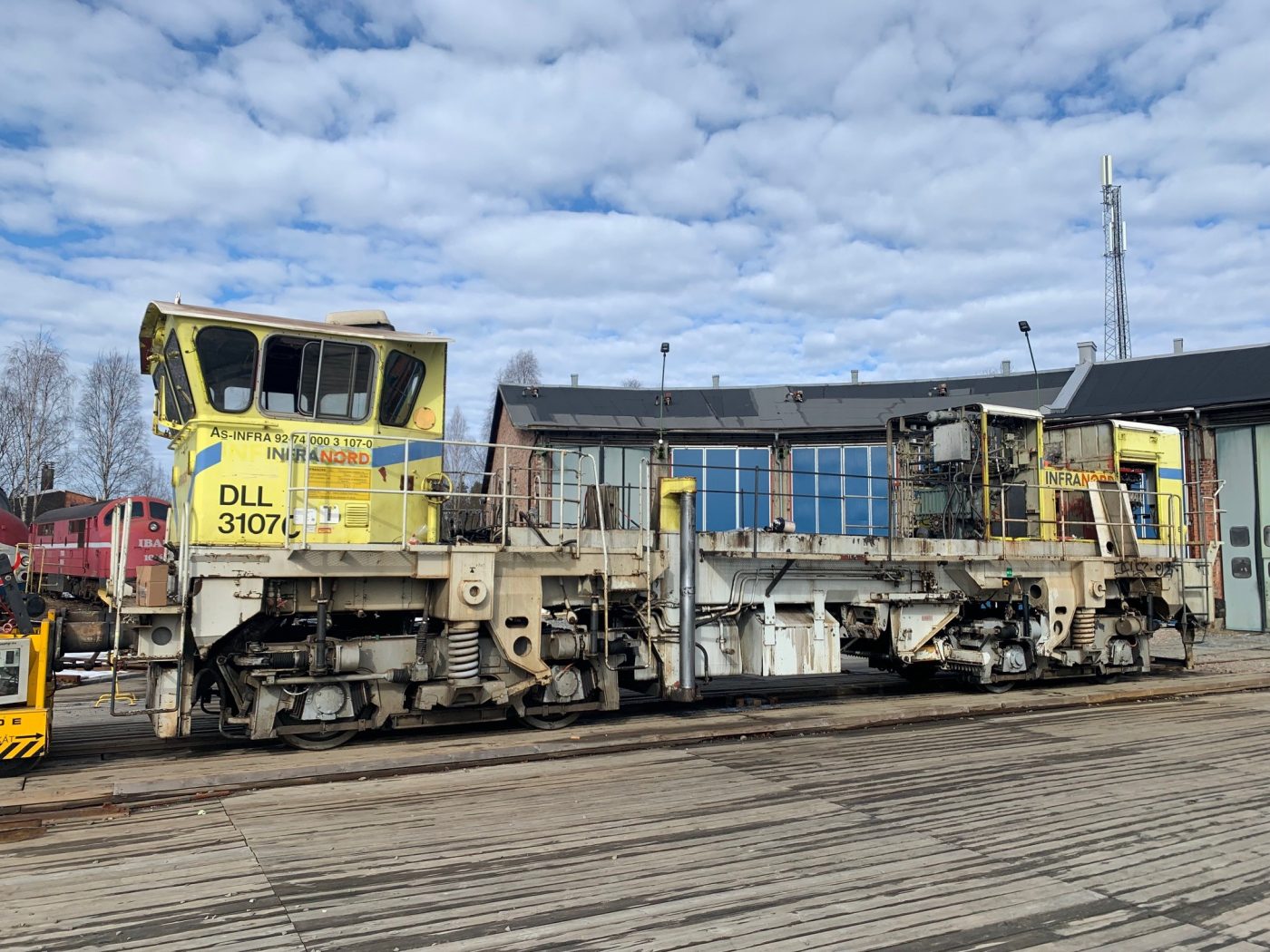 Railcare helps Infranord to give new life to two type TB diesel locomotives to better meet future environmental requirements and technical standards. The locomotives will have better engines that produce lower emissions, a new European Train Control System (ETCS) and a modernised driver environment. The work has been ongoing since the turn of the year and is expected to be completed by the end of 2022.

– The environmental value is the main reason for the upgrade. However, there will also be a new signalling system on the railway, so with this upgrade, we will adapt the locomotives to two future requirements at the same time, says Jörgen Tryggvesson Finnsson, Technical Project Manager at Infranord Maskin and continues:

– The reason we chose Railcare for this project is that they have experience with similar locomotive upgrades from their own transport operations. This is valuable when choosing a supplier.

Taking advantage of what already exists and modernising it is a sustainable alternative, both financially and environmentally.

What Infranord has chosen to do with these two TB locomotives, which are from the late ’60s and are mainly used for transport, snow removal and contracts, is an upgrade. The engine is replaced with a modern one that meets the highest emission class and can be run on HVO100, which is an environmentally friendly fuel. The locomotive will have the new European Train Control System ETCS and the cab will have a new design with a more modern working environment as a result.

– Using completely new material has a much greater impact on the environment than renovating the locomotives we already have. In addition, we get modern locomotives at a significantly lower cost, so both we and the environment benefit from it, says Jörgen.

We are about halfway into the project, and what looks like two empty shells can currently be seen at Railcare’s Locomotive Workshop in Långsele. However, Patrik Söderholm, who is responsible for operations, is not worried.

– We have upgraded similar locomotives from our own fleet, which together have almost 6,000 hours of operating time, so with that experience, I feel confident in the technical solutions we have developed. The locomotives look a bit unassuming right now, but at the end of the year, these locomotives will be like new.

The dismantling work on the locomotives has been going on since the beginning of the year and in parallel, with this, everything has been fully planned; construction drawings and 3D drawings are taken to ensure that the new solutions are the best possible. At the same time, preparations are being made for the installation of ETCS (European Train Control System) which will become a European standard for train control systems. Hitachi is the supplier of the system so the project is being done in close collaboration with them.

The cab will have a new design where the focus is on creating better conditions and working environment for the staff, making it more modern, quieter and user-friendly.

– The cab is the train driver and the operator’s primary workspace, which is why a lot of focus has been placed on ensuring that they have as good an everyday life as possible. They usually work in pairs, which means that there are many parameters to take into account, says Patrik.

Railcare, which has a wide range of activities in the railway sector, often uses its own train drivers as references for similar projects. In this project, Infranord also has a reference group that is involved in the process. Their experience is invaluable in being able to optimise both working methods and the working environment.

– We have three drivers and two machine technicians with whom we brainstorm ideas and solutions. It is about ensuring and improving functions for operation. An example of this is the control of the front and side plough which will be rebuilt. Above all, it is important for our mechanical engineers to be involved, so that maintenance aspects are also considered in the best way, says Jörgen Tryggvesson Finnsson.

Sustainable transport is a priority

Diesel locomotives are used, among other things, for railway maintenance where the power from the overhead contact line needs to be switched off or for transport and switching where access to charging and electrification is lacking.

To reduce emissions, Railcare’s Lokverkstad specialises in life extensions, including re-motorisation, which increases the life of diesel locomotives and makes locomotives more sustainable. A complete solution for both the environment and the work environment. Railcare has extended life on two of its locomotives over the past two years, providing an experience bank of over 6,000 operating hours.

– Our sister company Railcare T transports iron ore to Kaunis Iron with an exchange in Pitkäjärvi and Narvik, for this exchange we upgraded the first T44 locomotive in 2020 and therefore know that our concept of life extension works, says Patrik and concludes:

– Large companies and industries are very keen to become more sustainable and make good choices, which in turn places demands on the entire supply chain. Since transport is a large part of the business, sustainable vehicles are given priority. Sustainable development is something we are happy to be involved in and strive for.