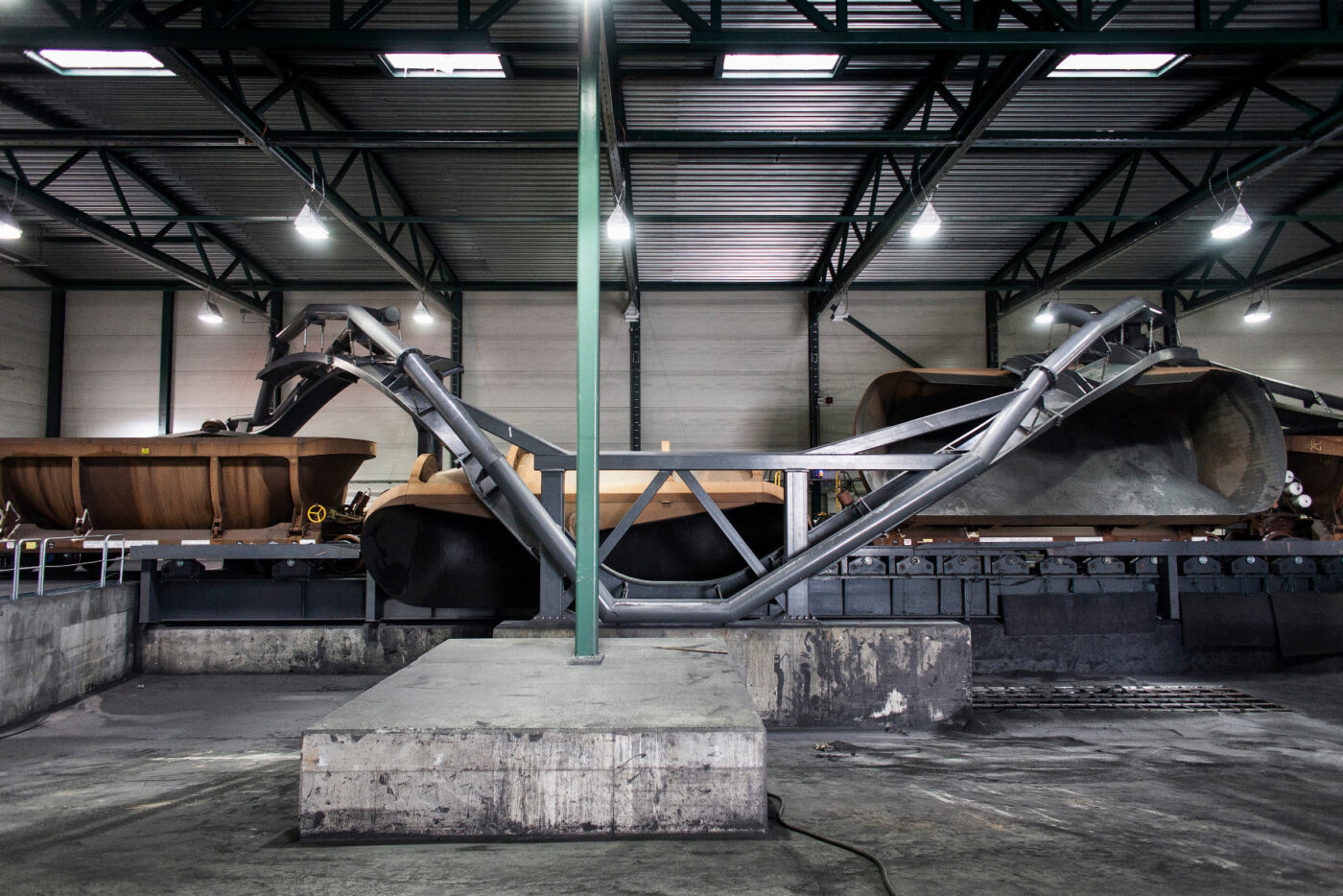 Kiruna Wagon is one of Scandinavia’s leading manufacturers of railway wagons for the mining industry. There is extensive experience here with customer-specific solutions, and when Northland Resources needed a new type of high-capacity offloading, the result was a Helix Dumper. An innovative award winner that has resonated around the world.

The Kiruna Wagon is based on a collaborative project between three mechanical workshops in Kiruna. The consortium has frequently collaborated to be able to take on larger projects than they would have been able to handle individually. This has provided experience and created a favourable climate of cooperation.

This is how it started

When 110 wagons were on tender for LKAB and Kockums Industrier in 2004, Fredrik Kangas was appointed Quality Manager and the consortium was restarted.

We realised that this would be a long-term project and we set out strategic goals so as not to confuse the separate operations with the consortium. This entailed us starting up a separate organisation with its own premises. That was the basis for today’s Kiruna Wagon, Fredrik explains.

In 2005, Fredrik took over as CEO and, after two years, the initial objectives had been met. They discovered their unique position in Kiruna and Gällivare.

We realised that people headed south to get answers to their problems, and then turned back north. Nowhere else in Europe did people know how to transport heavy, long and robust trains in a harsh winter climate. We solve problems right here and have the conditions for building the world’s best ore transports. Today, we secure most contracts in Scandinavia and have produced customised solutions for all of our customers. Our product portfolio now covers all of the rail transport needs of the mining industry”.

In 2012, when Northland Resources was to start up the Kaunisvaara mine, a challenge emerged regarding the unloading of the railway wagons at the docks in Narvik. The iron ore concentrate to be transported was moist and risked freezing to the bottom of the hopper. For this reason, established solutions with bottom-emptying wagons had to be abandoned. Contracted expertise from the US and Canada advocated a rotary car dumper, which simply turns the wagon upside down. This turned out to be highly costly for the large volumes concerned.

Through ÅF in Luleå, contact was made with Hilding Månström who had previously worked with LKAB and who had also devised an unloading solution for a wagon transporting drill cuttings during the boring of a drainage tunnel. The principle was based on a wagon with robust hinges and a hopper mounted on a spiral for unloading.

They contacted us, asking if we sought to develop such a solution. Obviously, since we are located in the region and work with customer-specific systems, we were interested, and after contract negotiations, Kiruna Wagon took on the project”, Fredrik recalls.

Alongside ÅF, they designed and scaled up production to the current arrangement.

As we were short of time, we built the prototype in parallel with starting up series production. In the railway industry, the process of type approval is time consuming, so quite a few of us were biting our nails when the first Helix Dumper, a 100-tonne wagon, was to be tested. When we saw how smoothly it went, we all breathed a sigh of relief. It turned out that the solution worked incredibly well,” Fredrik continues.

Today, many around the world have shown an interest in the Helix Dumper system. In 2017, Kiruna Wagon was one of 200 companies nominated for the Swedish Steel Prize. To be nominated, the solution must be innovative, include high-strength materials and provide increased customer value. By winning the award, the Helix Dumper attracted further attention.

There is a high ratio between the unloaded weight of the Helix Dumper wagons and their weight when fully loaded. We have achieved this through good design but also by using high-strength steel. The wagons also have an extremely high unloading capacity. We have performed tests at up to 35,000 tonnes per hour and measurements show almost no increased forces into the wagon, despite the higher rate,” Fredrik explains.
“Our former technical manager even claimed that when this gains a foothold in the major mining markets, the traditional solutions will die out like dinosaurs,” he concludes.

This is an article from the 2021 Railcarenews.
To read the magazine in its entirety, click here >>