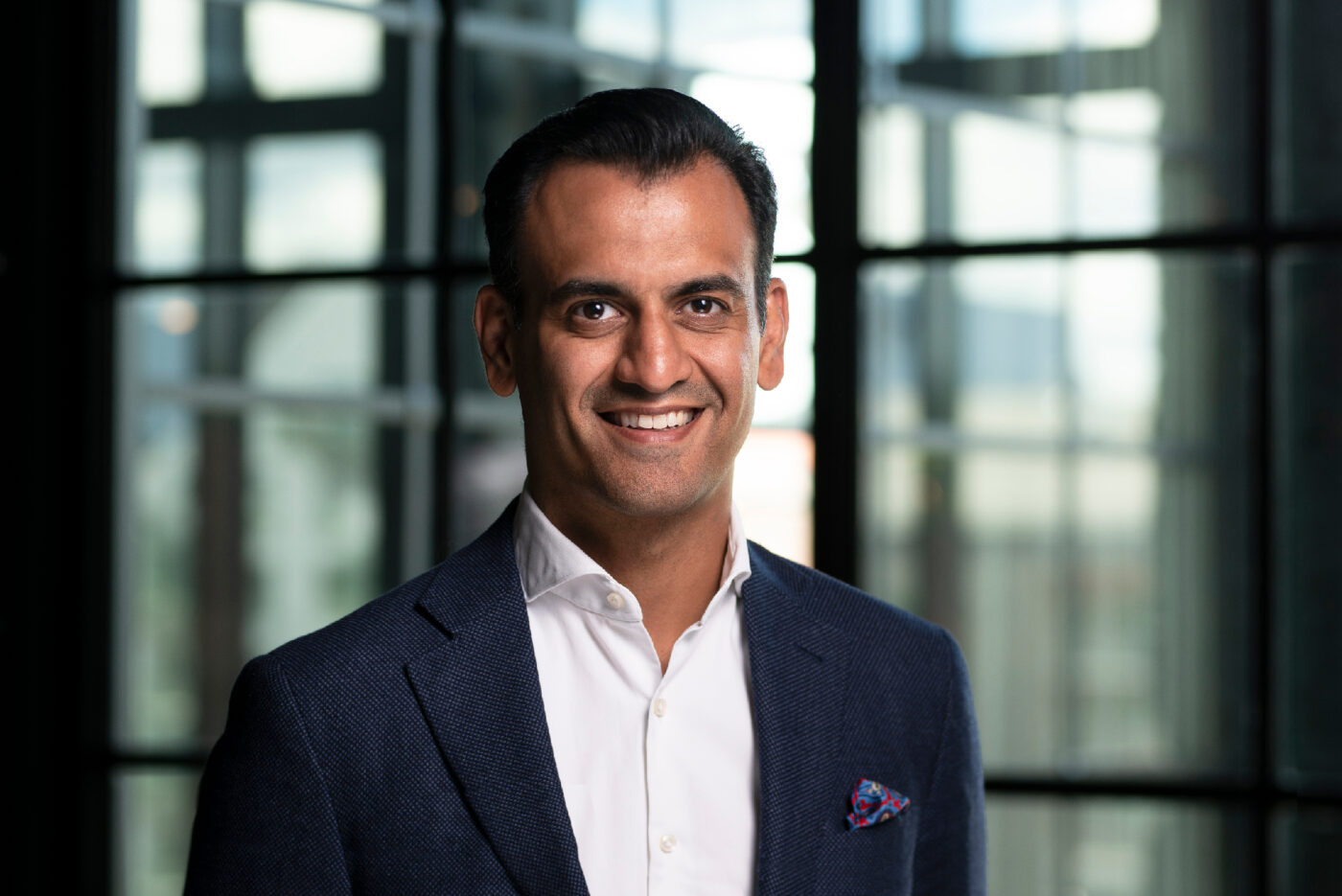 Right now, Europe’s largest battery factory is being established in Skellefteå in Northern Sweden. Northvolt has secured financing of USD 3.5 billion and today has 1,300 employees, of whom about one hundred are in Skellefteå. Emad Zand was one of the first to join the project. He shares his visionary perspective and Northvolt’s role in the electrification with Railcare.

Emad grew up in Linköping with parents who came from Iran. He is described as driven, civically engaged and enterprising.

As a family, we had to make a class journey in Sweden. From my parents’ study grant, to mum becoming an entrepreneur and to me ending up at the school of economics. Early on, I was able to see that the higher one climbs in society, the more opportunity one has to improve, or make life worse, for other people.”

In 2015, Emad sold one of his companies. He was looking for a new company to invest in and got in touch with Northvolt and its founder Peter Carlsson after having read about the company.

Peter described Northvolt’s vision and the impact it would have on both the climate and society’s transformation. I was attracted by the high level of ambition and the culture, where Peter let driven young people step up.”

Today, Emad holds the titles of President Systems at Northvolt and “father of two”. He regularly meditates and practices the martial arts and reflects about his days on the road having decreased considerably. Both because of the pandemic, but mainly because his team has grown and younger talents can take on more.

Northvolt’s vision is to enable the energy system of the future. Emad describes it like this:

We see our mission as being circular. From the requirement specification to the mines, to then take in pure metals all the way to the battery, with a defined data model. Thereafter, we follow our batteries out with traceability so that they can come back for recycling. When the circle is closed, the business model is complete. Thereafter, it’s about scaling up to reach more people in the world.”

Today, Northvolt’s commitment has led to a research facility in Västerås, the battery factory in Skellefteå being expanded with a recycling factory and factories also being established in Germany and Poland. Northvolt makes parts under its own direction and in partnership with others.

The second leg of Northvolt’s business model is securing battery systems that others can use to accelerate electrification. The collaboration with Epiroc, for example, has resulted in battery solutions for mining machines and railway machines, such as Railway’s latest innovation, the maintenance machine called the Multi Purpose Vehicle.

The most important link right now is a green, inexpensive and ethical battery. First up are the cars, then light and heavy trucks, mining and railway machines, heavy industry applications and also short distances in the marine sector. This is why these kinds of collaborative arrangements are so incredibly important to us,” explains Emad.

When we ask Emad to share his vision of a fossil-free society, he paints this picture.

In a fossil-free Europe, large parts of the energy will come from wind, water and solar power. Advanced industries produce high-performance materials, such as batteries, electric motors, control systems and software to optimise electric power. We see parking spaces with chargers, solar energy on most buildings and membership in carpools. It’s a waste of resources today that we use so much material and raw material to make cars that have one owner and are often not being used. I hope and believe that what we manufacture in the future will be used and shared by many people.”

The vision of a fossil-free society

What then will this mean for Sweden as a country? Here, Emad emphasizes our access to and expertise concerning green electricity, which also includes software, server halls and online services.

There are both raw materials and money in the world today. What we have the least of in this area is expertise. If we can attract 1,300 people from 70 different countries, it’s not just a good mark for Northvolt as a company, but for Sweden as a country. This gives us an expertise advantage in the field.”

This is an article from Railcarenews, May 2021.
To read the magazine in its entirety, click here >>