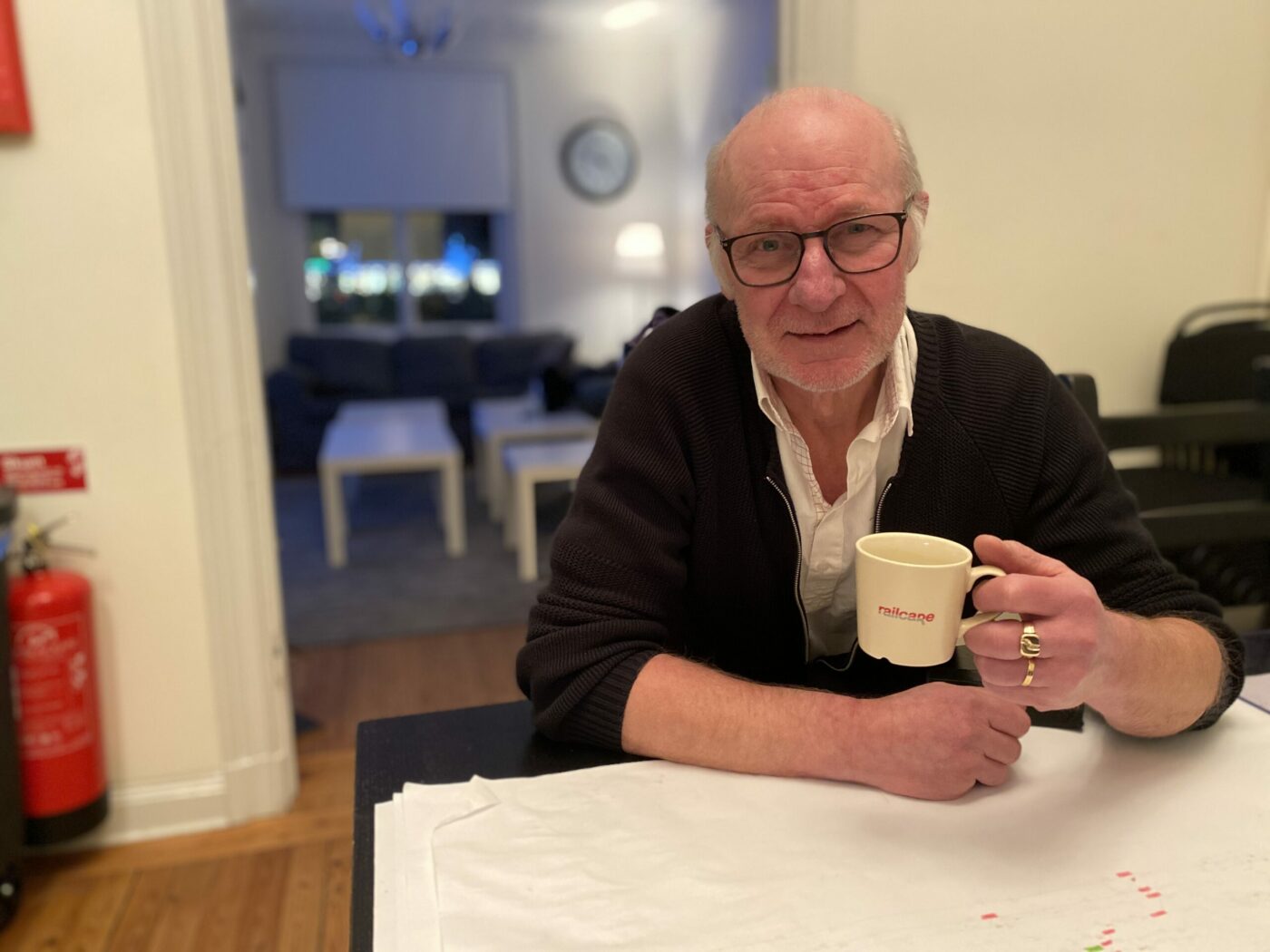 Roger Kristoffersson has worked at Railcare for 26 years and still enjoys his work and meeting his colleagues. He was the first operator to be recruited and Railcare News met with him to hear his story.

Roger describes himself as a completely ordinary joker who turns 65 this year. He comes from Östersund, Sweden, and, after living in Knivsta, Sweden, he ended up in Skelleftehamn, Sweden when doing his military service on the icebreakers. He met his then wife there and stayed.

“I worked briefly at Siporex, where Railcare now has its headquarters, and then spent 12 years at the Rönnskärsverken plant. There, I came into contact with, and was employed by, Rivteknik, which was owned by Ulf Marklund at the time.”

Four years later, the company was sold, and Roger was made redundant. In the meantime, Ulf Marklund and Leif Dahlqvist had launched Railcare, then under the name Railvac, which worked with vacuum machines for the railways.

“I ran into Ulf unexpectedly in Skelleftehamn and he asked if I was interested in coming to work with them. That was on 14 April 1994, and I started the very next day.”

I catch up with Roger on a Thursday night at the company’s overnight accommodation in Lidingö, outside Stockholm, Sweden. Operators and locomotive drivers working with snow removal are staying here. I ask what it is like to work for extensive periods and if it has always been that way.

“No, initially we worked more or less every day, so you had to sneak in some leave. Later, we would work for 14 days and be off work for seven days – I liked that a lot.

Since then, we have had a number of different arrangements, and tried out a few more, but ultimately ended up with ten days on and ten days off.” Roger goes on to say

“Some of us advocated 14/7 and had to more or less be forced to accept the new arrangement. Today, however, I wouldn’t want it any other way. I really enjoy it now. Those ten days pass by quickly.”

Why have you stayed with the company all these years?

“I still find it is just as childishly fun. Even though the work is basically the same wherever you end up, it’s just as much fun. I enjoy working outdoors and being among people and this is like my second family. It’s a bit of a shame to say this, considering I have a family at home, but when I’m five or six days into my time off, I start looking forward to getting back to work.”

Roger has been living in Örebro, Sweden, since 2001 and, despite his age, he’s not considering retirement yet.

“No, I’m not looking that far ahead. As long as my body’s up to it, I’ll carry on and apparently I’m doing something right because they’re letting me stay.”